In December of 2019, the Secure Act substantially changed the Required Minimum Distribution (RMD) rules. On March 27, 2020, the Coronavirus Aid, Relief, and Economic Security (CARES) Act was enacted, which significantly modified those provisions, as well as adding several new retirement distribution planning provisions that apply for 2020. 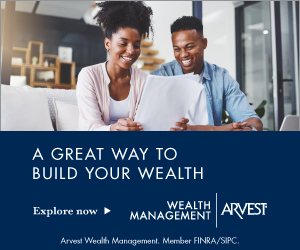 The CARES Act waived all RMDs to be taken in 2020. This provision applies to all RMDs no matter why taken, including those that occurred pursuant to any inherited IRA distribution plan. Also, if the owner of an inherited IRA was received prior to 2020 and is part of a five-year distribution rule, the period will be increased to six years. Maybe the most important aspect of the waiver of RMDs deals with someone who had turned 70 ½ in 2019. The effect of these new rules would differentiate between someone who turned 70 ½ and took their RMD in 2019 or elected to defer it until April 1, 2020. Those electing to defer withdrawals until April 1 were able to suspend two RMDs for 2020, whereas those who took the RMD in 2019 could only defer one.

The next issue deals with an IRA owner who was age 70 ½ or older in 2019, and decided to defer his RMD until April 1, 2020, did not realize that his RMD had been waived, and took the distribution. The question is, can he roll the RMD back into his IRA? Rollovers are generally not allowed for required minimum distributions, but since the RMD was waived, that rule does not apply. Consequently, if it has been less than 60 days since the distribution was taken, the client can do a tax-free rollover back into the IRA. If the IRA distribution has passed the 60-day period, a rollover would generally not be allowed, but it might be possible (but unlikely) to waive the 60-day rule by the use of the Rev. Proc. 2016-47 2016 hardship rule (a Hail Mary pass).

Lastly, instead of rolling over the distribution taken within 60 days, a Roth conversion could be done. Roth conversions cannot be done for RMDs, but since the RMD was waived, it would be allowed. The converted amount would be taxable, but any gains on that amount could be withdrawn from the Roth in five years without paying any tax on that amount. 2020 may be a great year to make Roth conversions because it is likely people will be in lower tax brackets.

Perhaps the most dramatic provision of the CARES Act in the retirement realm is the $100,000 withdrawal right. The Act calls such withdrawals “coronavirus-related distributions,” and they can be taken anytime from January 1, 2020 to December 31, 2020 and qualify for the flexible repayment option or choice of tax treatment. The 10% early withdrawal penalty (if the IRA owner/participant is under age 59 ½) will not apply. The taxpayer can treat the distribution as being received in 2020, which is the best treatment if he/she is in a low tax bracket or has losses that will make the entire distribution tax-free. Alternatively, the taxpayer may elect to allocate the distribution to be made 1/3 in 2020, 1/3 in 2021, and 1/3 in 2022, and pay 1/3 of the tax in each of these years. The last alternative is for the taxpayer to take the coronavirus-related distribution and pay the amount back to the plan within three years; if this were done the amount that would have satisfied the RMD would not be considered as being distributed from the plan or IRA. These repayments will be deemed as if they were a trustee-to-trustee transfer within 60 days of distribution.

Some pension plans allow employees to borrow up to $50,000 from the plan. The CARES Act allows for loans to be made from the plan from March 20, 2020, to September 23, 2020 (180 days from the March 27, 2020 day of enactment) by a participant who’s been affected by the coronavirus in an amount not to exceed the lesser of $100,000 or 100% of the accrued benefit of the plan. (The previous law allowed loans to occur only to the lesser of $50,000 or 50% of the accrued plan benefit.) The repayment is generally going to be amortized over five years or a reasonable period of time, if borrowed for purpose of the purchase of a principle residence (generally 15 years).  Furthermore, the act allows the five-year repayment period to begin on January 1, 2021.

Arvest Wealth Management is here to help you understand these new programs and the options retirement account holders have. Call us toll-free at (888) 824-3429 or click here to contact a client advisor to learn more about your RMD options, Roth IRA rollovers and how they may fit into your unique situation.

David P. Boekeloo is a tax attorney who has provided tax and legal consulting services for more than 20 years.