FAYETTEVILLE, Ark. – Arvest Bank today released the residential real estate market Skyline Report results for the first half of 2017 in Northwest Arkansas. The report highlights a significant shift in the mix between existing and newly constructed homes being absorbed. 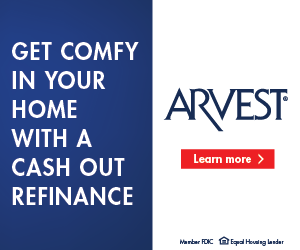 “The supply of existing homes and lots for future development is tightening,” said Mervin Jebaraj, lead researcher for the Skyline Report at the Center for Business and Economic Research at the Sam M. Walton College of Business, University of Arkansas at Fayetteville. “Even more significant is that the supply of lots in desirable areas close to amenities is becoming an issue that will have to be addressed in the near-term. What we are seeing right now is that the majority of available lots are outside of the city centers, and while many homebuyers are willing to live outside of these areas, many others would prefer to be closer to those amenities.”

Chris Thornton, executive vice president and loan manager for Arvest Bank in Springdale, said, “The housing market in Northwest Arkansas can certainly be described as robust as we continue to experience solid growth throughout the region. Our mortgage division reached $1 billion in mortgage loans just a little over halfway through the year, indicating that many consumers are in the market to purchase. And with the supply of both available lots and existing homes for sale tightening, we expect to continue seeing a brisk pace in home sales through the end of this year as many consumers are expecting interest rates to rise in the near future.”

In another sign of supply tightening, the number of complete but unoccupied new homes for sale at the end of the first half of 2017 fell to 227, down from 307 at the same time in 2016, indicating that new homes are being purchased at a relatively brisk pace.

The Arvest Skyline Report is a biannual analysis of the latest commercial, single-family residential and multi-family residential property markets in Benton and Washington counties. The report is sponsored by Arvest Bank and conducted by the Center for Business and Economic Research (CBER) in the Sam. M. Walton College of Business at the University of Arkansas.