Herrera Named to Arvest Bank Board of Directors in Benton County

Arvest Bank is pleased to announce Mauricio Adonay Herrera has joined its local board of directors in Benton County, Ark. 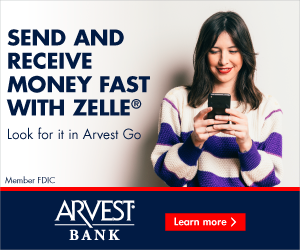 Herrera is the founder of Herrera Law Group, where his areas of emphasis are immigration, family, criminal and personal injury law. Herrera started his practice in 2013 after working at the Matthews, Campbell, Rhoads, McClure & Thompson firm.

“We are thrilled to add Mauricio to our board,” said Brad Crain, president for Arvest in Benton County. “His expansive background and experience will be invaluable to us and his passion for helping others makes him an ideal fit here at Arvest.”

Herrera is a native of El Salvador who moved to Los Angeles at age 15. After later moving to Rogers, Herrera completed his bachelor’s degree at John Brown University and earned a law degree from the University of Arkansas in 2002.

Herrera is a board member for Northwest Arkansas Community College and Credit Counseling of Arkansas, among other civic endeavors. He and his wife, Virginia, live in Rogers.