Arvest has named Justin French, Craig McCoy, Daniel Ogunyemi and Krystal Simon as its newest board members in Springfield. The addition of these community leaders rounds out the board committed to service in the Springfield area. 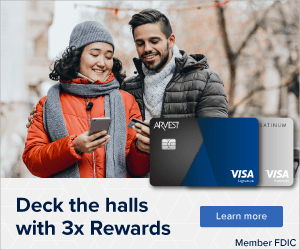 Justin French is a producer for Barker Phillips Jackson. Before that, he served as a mortgage lender for Regions Bank. French has served on several boards, including Lost & Found, The Kitchen Foundation and the Springfield Catholic Schools Development Board.

Craig McCoy is the CEO of Mercy Health Springfield Communities. Before joining Mercy Health, McCoy served as CEO of Bon Secours St. Francis Health System in Greenville, S.C. He was also the CEO of Emory Saint Joseph’s Hospital and Emory Johns Creek Hospital in Atlanta, Ga., and the CEO of Paradise Valley Hospital in Phoenix, Ariz.

Daniel Ogunyemi is the college director of diversity, equity, and inclusion at Ozarks Technical Community College. He is a board member for Arc of the Ozarks, a social justice fellow for the Memorial Foundation and is in similar roles for Safe and Sober, 417 Magazine, CoxHealth and the Sigma Nu Lambda chapter of the Alpha Phi Alpha fraternity.

Krystal Simon is the CEO of Care to Learn and she was previously the COO at Camp Barnabas. In 2006, Simon was named one of Springfield Business Journal’s “20 Most Influential Women,” and in 2018 she received recognition as its “Top Sales and Marketing Executive.”

“Each of these new board members brings to the table experience and expertise from a different field,” said Kyle Hubbard, President of Arvest Bank in Springfield. “They are service-minded members of the community and we’re excited to see the impact they have here.”