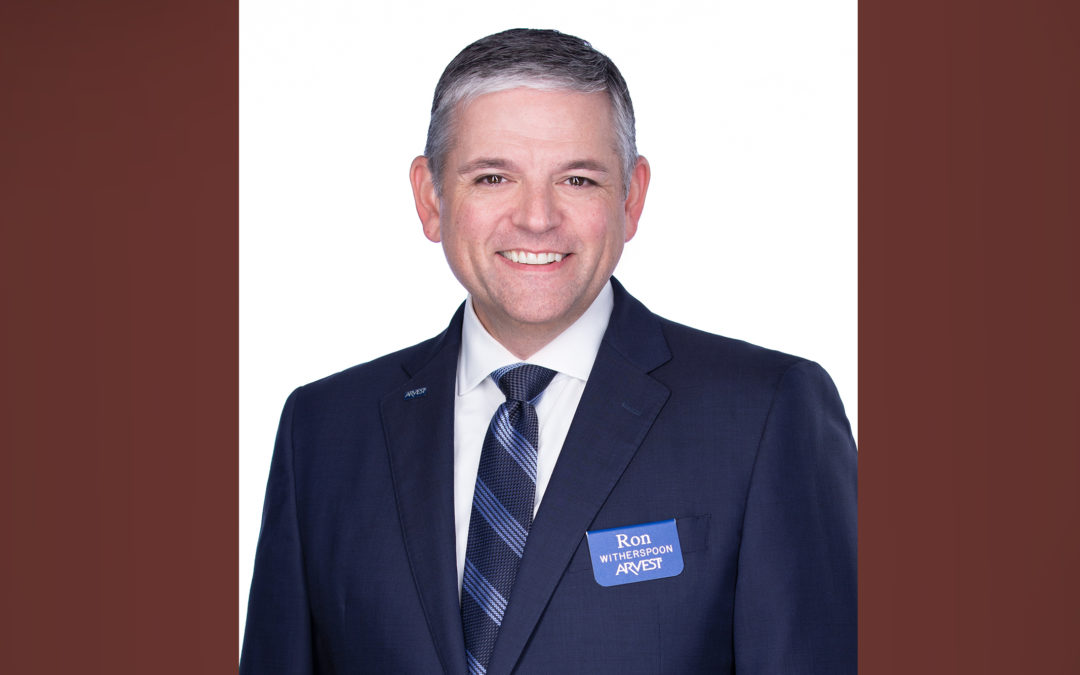 Arvest Bank is pleased to announce Ron Witherspoon has been named local bank president and CEO for the bank in Little Rock, which includes parts of central and southwest Arkansas, effective Nov. 1.

Witherspoon is returning to Little Rock after serving as local bank president for Arvest in Oklahoma City since March 2014. Prior to that, Witherspoon served as sales manager in Little Rock from 2001-2014. He began his career with Arvest in 1997.

“Ron has been a strong leader within our bank for many years now,” Arvest regional executive Craig Rivaldo said. “His experience, leadership capabilities and deep knowledge of Little Rock and all of central Arkansas make him an ideal fit for this position. We have enjoyed and sustained significant growth in central Arkansas, and I’m confident Ron will continue to lead us on that trajectory.”

Witherspoon replaces Jim Cargill, who will retire at year-end. Cargill and Witherspoon will work together during a two-month transition period.

Prior to serving as local bank president in Oklahoma City, Witherspoon served as a board member for the United Way of Central Arkansas, the American Heart Association – Little Rock,  the Arkansas Chapter of the Alzheimer’s Association and the University of Arkansas at Little Rock’s Trojan Athletic Association, among other civic endeavors. He has held similar roles in Oklahoma City during his time there.

“We are incredibly excited to return to central Arkansas, a place that means so much to us,” Witherspoon said. “I can’t wait to reconnect with our customers and associates, the business and governmental communities, and the many nonprofits that do meaningful work there. Arvest is in the midst of a transformation designed to meet the evolution within our industry and I look forward to helping us meet our customers’ changing needs and expectations. We’ll do it with the same level of award-winning customer service we’ve always provided.

“I also want to say thank you to all our customers, associates and community members in Oklahoma City. It has been a great privilege to serve those groups for eight-plus years.”

A search for a new president in Oklahoma City is underway and an announcement will be made when a successor is selected.