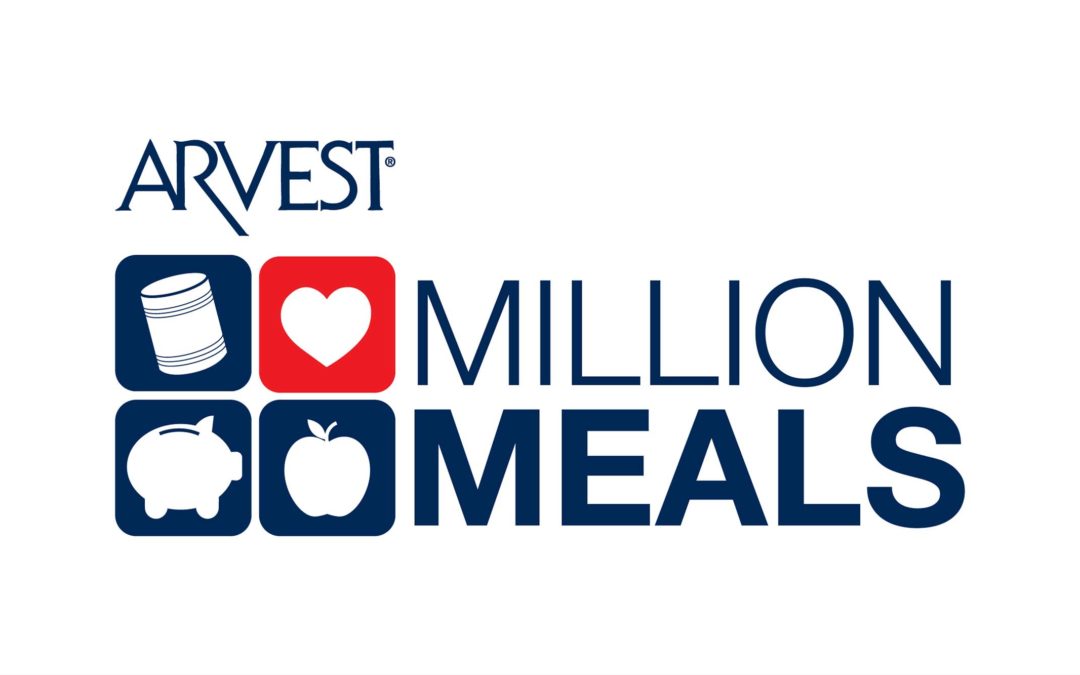 Arvest Bank kicked off our 12th annual Million Meals campaign today and it will continue through May 28. The campaign’s goal is to provide at least one million meals to those in need and it benefits more than 75 locally selected organizations throughout Arvest’s four-state footprint.

Anyone interested can support Million Meals by making monetary donations at Arvest branches and drive-thrus or calling (866) 952-9523. Arvest customers also can donate via the Arvest Go mobile app and Arvest Flex Rewards™ credit cardholders can log in to arvestflexrewards.com to redeem and donate rewards points.

Every dollar raised through Million Meals provides the equivalent of five meals for local, hungry families. In its 11-year history, our hunger-fighting initiative has raised more than 18.7 million meals, which includes more than $3.3 million in funds given directly to our dozens of local food partners

We conduct Million Meals in the spring each year due to the fact food banks report an increased need in the summer, when many children do not have the benefit of eating meals at the schools they attend. This year’s campaign also comes at a time when the USDA’s “all foods” price index increased 6.3 percent from December 2020 to December 2021.