Lessons for Everyone from Celebrity Estates 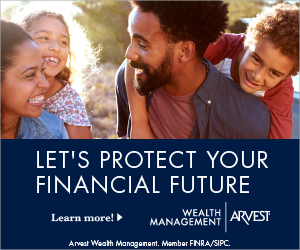 The Queen of Soul – Aretha Franklin

In order to keep everything honest, Aretha Franklin insisted on being paid in cash, and was directly involved in her business contracts rather than delegating them to ensure they were fulfilled correctly. This helped lead to financial success during her life, but that wariness may also be part of why settlement of her estate became so complicated.

Initially – she was thought to have no will or estate plans. However, months after she passed, three different wills were found. These weren’t traditional wills, though, they were “holographic”. This means written in one’s own hand–usually without advice an attorney. Michigan is a state that recognizes holographic wills, based on the conditions that they are written in the person’s own handwriting and are signed, so it may be determined that the instructions are legitimate. Two wills were found in a locked cabinet, and one was actually hidden under couch cushions with sections crossed out.

To make matters even more complicated, typed estate planning documents were discovered, suggesting that Ms. Franklin had consulted with an estate planner before her death but had died before the documents were properly executed.  There was an 8-page will and a 23-page trust for Franklin’s special needs son. Initials were found on some pages, but there were no signatures or witnesses as required by law for valid testamentary instruments.

An August trial has been scheduled to resolve which of the four documents, if any, will be followed, as well as who will administer the estate.

The King of Pop – Michael Jackson

Valuing a tangible asset can be simple enough – check what the other assets of the same type are going for in the marketplace at the time. When it comes to unique assets, such as an artist’s likeness, things can become much more complicated. The estate of Michael Jackson was not easy to create a valuation for, or agree on a valuation for –so it took nearly 12 years for the estate to be settled after his death in 2009.

The IRS and the estate required the services of the Tax Court to help settle on the valuation of three key assets.

First there is the commercial value of Jackson’s image and likeness. The estate valued it at only $2,105 on the estate tax return vs. the IRS’ expert value at some $161 million!

How do you know the potential value of future revenue that can come from usage of a likeness? The estate tax needs to be imposed on the value of the asset at the moment of death, so we cannot wait to find out, and so events after death are not taken into account. Jackson’s reputation was at a low point before he died. The Tax Court judge criticized the IRS’ approach to valuing this asset. “Any projection that finds a torrent of revenue, and not just a trickle, from such a man’s image and likeness—especially one who in the last two years of his life was so unpopular he did not even have a Q score—is simply not reasonable,” he wrote.

The judge decided Jackson’s image was worth $4.2 million at death.

Jackson owned a 50% interest in a joint music venture with Sony. The estate reported that asset as worthless, because the venture’s liabilities exceeded its assets. The IRS asserted it was worth more than $206 million. But the IRS was wrong, the judge ruled, because its expert treated the venture as a music catalog when it was an operating business.

The estate was correct, this asset had no value.

Finally, a trust that owned the copyrights to Jackson’s music had to be valued. The estate had valued the trust at $2.3 million, while the IRS put it at $114.3 million.

The Tax Court judge concluded it was worth $107.3 million.

The IRS had initially asked for a penalty tax on the substantial valuation shortfalls on the estate tax return, which could have run to hundreds of millions of dollars. Although the Jackson estate won most of its arguments, there remained a huge difference between what the estate tax return reported and what the Tax Court finally ruled as correct values.

The Court held that no penalty was appropriate. In this incredibly complicated case, the estate had relied upon competent experts, was not negligent, and had acted in good faith.

Why do people put off their estate planning? Perhaps fear of lawyers, uncertainty about costs, or reluctance to face mortality all play a role.  Although it may be an intimidating endeavor, developing an estate plan does more than provide an easier financial transition for descendants; it also provides peace of mind to the creator, opportunities to share insights, and other hidden benefits.

You don’t need to be rich or famous to benefit from estate planning and the trusts that can help to keep the family’s financial privacy protected. Speaking to a trust officer, such as those at Arvest Wealth Management, can start the process of getting all the material and documentation together.