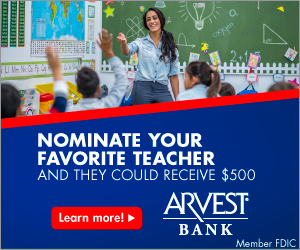 Each of the six submarkets saw a decrease in vacancy rates from the second half of the 2016 to the first half of 2017. The most significant drops in vacancy rate were in the medical/office submarket which fell from 10.8 percent to 7.1 percent and the office/warehouse submarket which went from 8.7 percent to 6.2 percent. According to Mervin Jebaraj, lead researcher for the Skyline Report and interim director of the Center for Business and Economic Research at the University of Arkansas at Fayetteville, the significant decrease in vacancy rate in the medical/office market is primarily the result of the fast growing health care sector in the region.

“The health care sector has been one of the top performers for the state of Arkansas and the Northwest Arkansas region. With the growth in this sector, along with hospital expansions and the opening of the Arkansas Children’s Hospital Northwest campus, we have seen significant absorption in medical/office space in the region,” said Jebaraj. “During the first half of 2017 we also experienced a drop in vacancy rates in the retail sector which has been driven primarily by restaurant and service-sector retail outlets, as opposed to retail space for companies selling goods.”

“The strong positive absorption in the first half of the year combined with a decline in permits for future development indicates that we can, for the time being, expect to have a well-balanced market.”

Mark Ryan, loan manager with Arvest Bank of Benton County, said about the Skyline results, “This Skyline Report is certainly positive news for Northwest Arkansas. To see the commercial vacancy rate at its lowest level since Arvest began producing the Skyline Report in 2004, shows strength in the overall economy in the region. Our commercial lenders are working with our real estate development customers to continue to intelligently finance future projects that will meet the needs of the community.”

In the next year or two, there could be as many as 6,500 new rental units in the multifamily sector coming online with the majority of those slated for Bentonville, Fayetteville and Rogers.

Increased demand continued to apply upward pressure on lease rates with the average monthly lease price for a multifamily property unit in Northwest Arkansas increasing to $642.47 from $627.04 in the second half of 2016.

“When looking at the residential real estate market, we are entering a time period where there is a shrinking inventory of new homes being built within the city centers and close to the amenities that consumers want. At the same time, multifamily properties are being developed in these geographic areas and are experiencing significant growth as a result,” Jebaraj said. “With more than 6,500 new multifamily units under development or announced, we anticipate significant changes in this area of real estate over the next few years.”

The Arvest Skyline Report is a biannual analysis of the latest commercial, single-family residential and multifamily residential property markets in Benton and Washington counties. The report is sponsored by Arvest Bank and conducted by the Center for Business and Economic Research (CBER) in the Sam. M. Walton College of Business at the University of Arkansas.