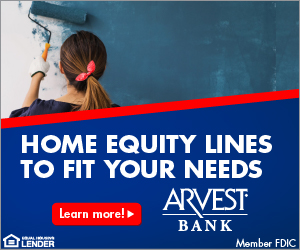 “Our growth was a combination of increased volume from the commercial lenders and from our vendor production, which is an area we are focusing on for future growth,” said Arvest Equipment Finance president Eric Bunnell. “Our experienced operations team did a fantastic job of meeting the demands for the increased volume, while the sales team was able to increase their joint calls with lenders and vendors, which led to new opportunities.”

Arvest Equipment Finance also announced a round of new hires and a promotion. John Bradford has been promoted to sales manager, while Omar Portillo was hired as manager of credit administration and Rick Dierks as equipment finance specialist for Missouri and Kansas. Arvest Equipment Finance is headquartered in Fort Smith, Ark., with locations in Little Rock, Kansas City and Tulsa, and does business throughout Arvest’s four-state footprint.

It also was announced that Matt Crawley and John Raymond Pitre have earned the Certified Lease & Finance Professional (CLFP) designation. The CLFP designation identifies an individual as a knowledgeable professional to employers, clients, customers and peers in the equipment finance industry.

Arvest employs nine of the more than 400 CLFPs in the United States and Canada. That total ties Arvest for the sixth-highest number of CLFPs among all companies.