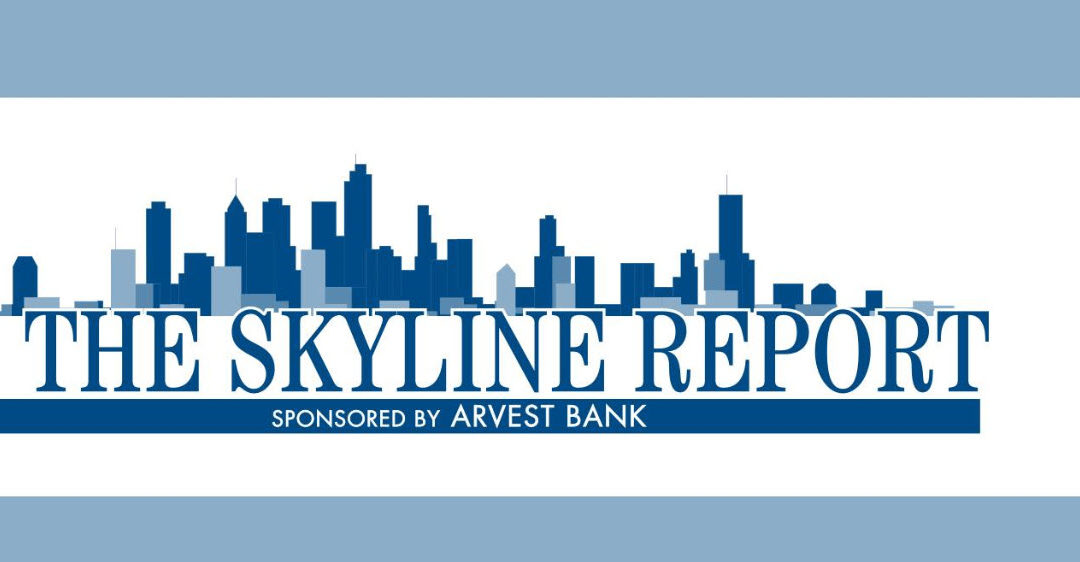 Arvest Bank recently released Skyline Reports on commercial and multifamily real estate in Northwest Arkansas for the first half of 2019.

During the first half of 2019, the overall vacancy rate for commercial real estate was 11.0 percent, up slightly from 10.9 percent reported at the end of 2018. During the six-month period, 371,243 square feet of newly constructed commercial space entered the market while 472,451 square feet was absorbed, resulting in positive net absorption of 101,208 square feet.

Researchers at the Center for Business and Economic Research (CBER) at the Sam M. Walton School of Business at the University of Arkansas explained that the vacancy rate rose despite more than 100,000 square feet of positive net absorption due to previously owner-occupied space being vacated by owners and entering the rental market.

Mervin Jebaraj, CBER director and the lead researcher for the Skyline Report, commented on the office submarket, “During the first half of this year and consistently over the past several years, there has been significant addition of new office space in the region, particularly in Benton County, and the market has showed consistent strength by keeping pace with these additions and remaining well-balanced and with a healthy vacancy rate.”

“As we know, the retail sector across the country has been under pressure as a result of changing consumer preferences, but the retail real estate market in Northwest Arkansas has adapted well as more service-oriented businesses have moved into traditional retail spaces,” Jebaraj said. “Also, the steady population growth of the region has also contributed to a healthy retail market.”

Commercial building permits indicate that the construction of new commercial real estate properties in the region will continue to be strong.

In the multifamily real estate sector, which consists largely of apartments, the pace of construction has been very strong with thousands of new units entering the market, but, like the commercial space, absorption of these new units is more than keeping pace. As a result, the overall vacancy rate for multifamily properties continued to decline and ended the period at 3.1 percent.

Jebaraj said, “As we have said in the past, an overall vacancy rate under 5 percent is very healthy. This time last year, the multifamily vacancy rate was 3.9 percent, and now, a year later, it has fallen even more.

“The most significant decline in vacancy rates happened in Bentonville, which fell from 6.3 percent in the first half of 2018 to 3.1 percent in the first half of this year. Even with many more apartments being constructed and planned, we feel confident that the market will continue to absorb the majority of these new units as they offer proximity to desired services and amenities that are difficult to find in lower-priced single-family homes.”

Craig Shy, executive vice president and loan manager with Arvest Bank of Fayetteville said about the Skyline results, “These two reports clearly show that, as of now, the Northwest Arkansas market continues to grow and remain well-balanced. Our commercial bankers have been extremely active in helping our customers understand the market and the best opportunities for future development, and these developers are obviously hitting the mark as is evident by these indicators of a healthy, vibrant market.”

The Arvest Skyline Report is a biannual analysis of the latest commercial, single-family residential and multifamily residential property markets in Benton and Washington counties. The report is sponsored by Arvest Bank and conducted by CBER.

CBER provides excellence in applied economic and business research to federal, state and local government, as well as to businesses currently operating or those that desire to operate in the state of Arkansas. The center further works to improve the economic opportunities of all Arkansans by conducting policy research in the public interest.